I Am Somebody's Child Soldier

Learn More About Our Objectives

Our charity was founded by a group of lawyers and humanitarians after a visit to Uganda in December 2013.

We're pleased to announce that we have partnered with FIDA Uganda.

We are raising funds for Laroo ADRA School in Gulu, initially we are focusing on 43 hearing impaired students.

We are dedicated to empowering former child soldiers and victims of war suffering from post war trauma and financial instability, through supporting sustainable livelihood initiatives, rehabilitation, psychotherapy and raising awareness about the social stigma attached to mental illness across Africa

Who Are Child Soldiers 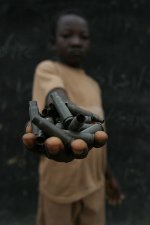 Child soldiers are usually recruited or kidnapped by a state or non-state armed group. They are unlawfully forced to undertake such roles as fighters, sex slaves, suicide bombers, human shields and spies. Despite being forced to join an army, for many children in Africa it is the only way to survive as it provides them with protection and food. 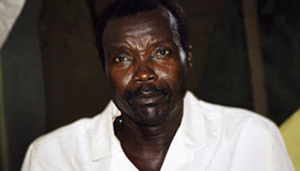 Children as soldiers have been used for years. Most notable examples are Hitler’s Youth movement and Joseph Kony’s Lord Resistance Army (LRA).

Where Does Your Money Go?

Your donations are sent to help.....

Your contributions will make a real difference and help us provide food,clothing,educational initiatives and psychotherapy for former child soldiers and victims of war as a form of rehabilitation and reintegration back into their communities.

Help us to provide sustainable business initiatives for women returnees. Women returnees are female victims of war who were abducted from their villages and schools across Northern Uganda, with some taking part in active combat while the majority were forced to become wives to the Lord’s Resistance Army (LRA) rebels.

You can help us achieve our long-term goal of setting up rehabilitation centers for victims of conflict across various war-torn nations in Africa. Your money helps support this dream in many different ways.

Your support and fundraising efforts restores hope and rebuilds lives.

Whatever amount you decide to donate, rest assured that your money will be put to empowering others.

We're currently recruiting for people who want to help us achieve our objectives.

Volunteer your time and passion to empower former child soldiers and victims of war.